Tell Us About Your Project

What is cast Iron ?

Cast iron is a group of iron-carbon alloys with a carbon content greater than 2%.[1] Its usefulness derives from its relatively low melting temperature. The alloy constituents affect its colour when fractured: white cast iron has carbide impurities which allow cracks to pass straight through, grey cast iron has graphite flakes which deflect a passing crack and initiate countless new cracks as the material breaks, and ductile cast iron has spherical graphite “nodules” which stop the crack from further progressing.

Carbon (C) ranging from 1.8 to 4 wt%, and silicon (Si) 1–3 wt%, are the main alloying elements of cast iron. Iron alloys with lower carbon content are known as steel.

Cast iron tends to be brittle, except for malleable cast irons. With its relatively low melting point, good fluidity, castability, excellent machinability, resistance to deformation and wear resistance, cast irons have become an engineering material with a wide range of applications and are used in pipes, machines and automotive industry parts, such as cylinder heads, cylinder blocks and gearbox cases. It is resistant to damage by oxidation.

Thing cast Iron are Used For

Cast iron is not a good structural material for handling tension or bending moments because of its brittleness and relatively low tensile strength compared to steel and wrought iron. Cast iron has good compressive strength and was successfully used for structural components that were largely in compression in well designed bridges and buildings. In a few instances bridges and buildings built with cast iron failed when the cast iron was used poorly.

Cast iron was used as early as the 9th century in pagoda construction in Tang Dynasty China.[1] Texts written by the Japanese Buddhist monk Ennin describe in detail the cast-iron pagodas and statues widespread in China at the time. Persecution of Buddhism in China led to the destruction of many of these structures.[1] The later Song Dynasty also built cast iron pagodas, exploiting its ability to be both structural and to be cast in any shape, such as in imitation of the timber and tiles of a standard pagoda. The 22m Iron Pagoda at the Yuquan Temple (Jade Springs Temple), Dangyang, Hubei, was built during the Song Dynasty in 1061, and is the most outstanding example to survive. Cast iron pagodas were then superseded by even more elaborate bronze ones, but cast iron continued to be used for decorative items such as bowls and statues

Something that can be welding is cat iron pipe

Cast iron pipe is pipe made predominantly from gray cast iron It was historically used as a pressure pipe for transmission of water, gas and sewage, and as a water drainage pipe during the 17th, 18th, 19th and 20th centuries.

Cast iron pipe was frequently used uncoated, although later coatings and linings reduced corrosion and improved hydraulics. In cast iron pipe, the graphite forms flakes during the casting process, when examined under a microscope. Cast iron pipe was superseded by ductile iron pipe, which is a direct development, with most existing manufacturing plants transitioning to the new material during the 1970s and 1980s. Ductile iron pipe is different than cast iron, because the introduction of magnesium during the casting process causes the graphite to form spheres (graphite nodules) rather than flakes. While this allows the material to remain castable, the end product is much tougher than cast iron, and allows elastic behavior at lower stress levels.[1] Little cast iron pipe is currently manufactured, since ductile iron pipe is widely accepted as a superior product. Many public utilities, municipalities, and private industries still have functional cast iron pipe in service to this day.

Can Cast Iron be welded?

Cast iron is difficult, but not impossible, to weld. In most cases, welding on cast iron involves repairs to castings, not joining casting to other members. The repairs may be made in the foundry where the castings are produced, or may be made to repair casting defects that are discovered after the part is machined. Mis-machined cast iron parts may require repair welding, such as when holes are drilled in the wrong location. Frequently, broken cast iron parts are repaired by welding. Broken cast iron parts are not unusual, given the brittle nature of most cast iron.

While there are a variety of types of cast iron, the most common is gray cast iron, and these guidelines are directed toward this type of material.

A few facts about cast iron help in understanding the welding challenges. Cast iron typically has a carbon content of 2% – 4%, roughly 10 times as much as most steels. The high carbon content causes the carbon to form flakes of graphite. This graphite gives gray cast iron its characteristic appearance when fractured.

What type of cast iron is not weldable?

Grey cast irons contain 2.0 – 4.5% carbon and 1 – 3% silicon. Their structure consists of branched and interconnected graphite flakes in a matrix which is pearlite, ferrite or a mixture of the two (Fig.2a). The graphite flakes form planes of weakness and so strength and toughness are inferior to those of structural steels.

The mechanical properties of grey irons can be greatly improved if the graphite shape is modified to eliminate planes of weakness. Such modification is possible if molten iron, having a composition in the range 3.2 – 4.5% carbon and 1.8 – 2.8% silicon, is treated with magnesium or cerium additions before casting. This produces castings with graphite in spheroidal form instead of flakes, known as nodular, spheroidal graphite (SG) or ductile irons (Fig.2b). Nodular irons are available with pearlite, ferrite or pearlite-ferrite matrices which offer a combination of greater ductility and higher tensile strength than grey cast irons.

Fig.2. Microstructures of a) grey cast iron and

By reducing the carbon and silicon content and cooling rapidly, much of the carbon is retained in the form of iron carbide without graphite flakes. However, iron carbide, or cementite, is extremely hard and brittle and these castings are used where high hardness and wear resistance is needed.

These are produced by heat treatment of closely controlled compositions of white irons which are decomposed to give carbon aggregates dispersed in a ferrite or pearlitic matrix. As the compact shape of the carbon does not reduce the matrix ductility to the same extent as graphite flakes, a useful level of ductility is obtained. Malleable iron may be divided into classes. Whiteheart, Blackheart and Pearlitic irons.

Whiteheart malleable castings are produced from high carbon white cast irons annealed in a decarburising medium. Carbon is removed at the casting surface, the loss being only compensated by the diffusion of carbon from the interior. Whiteheart castings are inhomogeneous with a decarburised surface skin and a higher carbon core.

Blackheart malleable irons are produced by annealing low carbon (2.2 – 2.9%) white iron castings without decarburisation. The resulting structure, of carbon in a ferrite matrix, is homogenous with better mechanical properties than those of whiteheart irons.

These have a pearlitic rather than ferritic matrix which gives them higher strength but lower ductility than ferritic, blackheart irons.

This depends on microstructure and mechanical properties. For example, grey cast iron is inherently brittle and often cannot withstand stresses set up by a cooling weld. As the lack of ductility is caused by the coarse graphite flakes, the graphite clusters in malleable irons, and the nodular graphite in SG irons, give significantly higher ductility which improves the weldability.

The weldability may be lessened by the formation of hard and brittle microstructures in the heat affected zone (HAZ), consisting of iron carbides and martensite. As nodular and malleable irons are less likely to form martensite, they are more readily weldable, particularly if the ferrite content is high.

White cast iron which is very hard and contains iron carbides, is normally considered to be unweldable.

What kind of welding rod to use on cast iron?

Nickel based electrodes are often expensive and is considered the premium. 99% Nickel rods will produce welds that are machineable and works best on casting with low or medium phosphorous contents.

A cheaper option, 55% nickel rods are economical. They too are machineable and is often used in repairing thick sections. It also has a lower co-efficient expansion than the 99% rod, meaning fewer fusion line cracks.

The cheapest option, steel electrodes, are best used for simple repairs and fillers. They are not machineable and produce hard welds, requiring some extra grinding to finish. A benefit though, is this rod is much more user-friendly when arc welding and can tolerate castings that are not entirely clean before welding.

How strong is cast iron?

What are the differences? Find out, and learn how are they used

People often assume that cast iron and wrought iron are interchangeable terms for early iron work, but there is a world of difference.

Wrought Iron is iron that has been heated and then worked with tools.

Cast Iron is iron that has been melted, poured into a mold, and allowed to solidify.

The fundamental distinction between cast iron and wrought iron is in how they are produced. The differences can be found in the names: wrought is a past participle of work (“worked iron”), and cast describes anything formed by the casting process.

The different methods of production create metals with varying strengths and weaknesses, which is why you rarely see a cast iron fence or a wrought iron frying pan.

Here are the size of cast Iron Parts 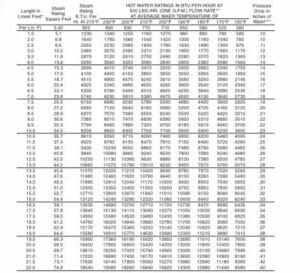 Reach Out To Us About Your Project

Big or small AMP Welding can handle it all. Fill out our welding request form and let us see how we can best serve your welding needs.

Get A Quote Today!